The State of African 4G

Is there a viable business case for African 4G? The question is getting louder resonance as 4G network deployment accelerates in African markets. 115 LTE networks are commercial, or expected to launch in the continent before the end of 2018. The African 4G subscriber base has been doubling every year (though from a small base) and operators are reporting double-digit traffic growth numbers.

Beneath the lofty headlines, lies a more nuanced reality, from dysfunctional (and expensive) 4G spectrum allocation to challenging commercial models. As the rest of the world moves to 5G, making 4G work for most has become Africa’s next biggest broadband challenge. 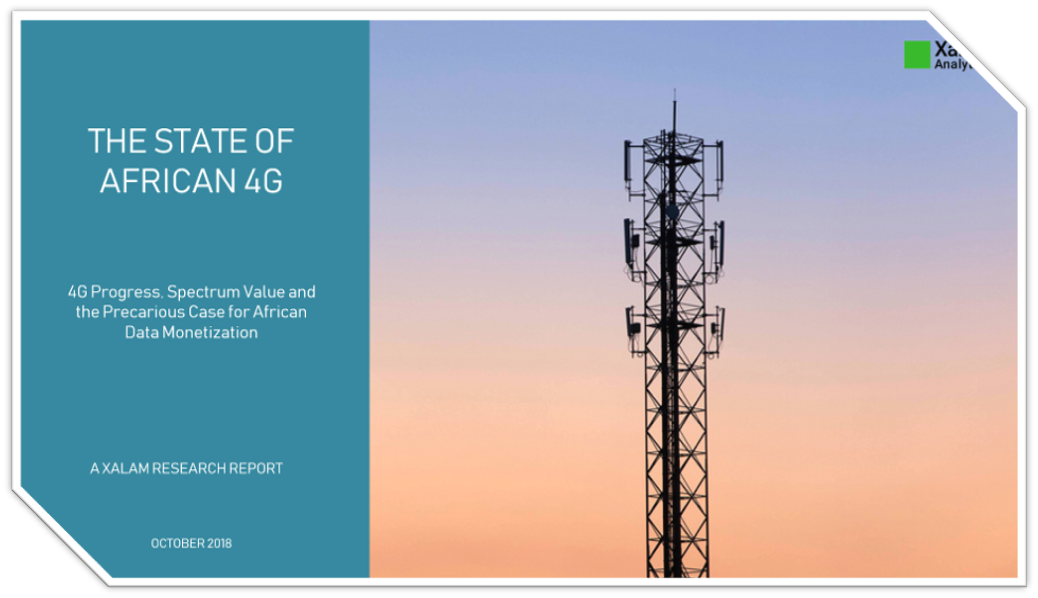 On the surface, 4G service rollout in African markets appears to be going well. Around 115 LTE networks are commercial, or expected to launch in the continent before the end of 2018. On average, since 2015, around 20 new 4G networks launch in Africa every year. The African 4G subscriber base has been doubling every year (though from a small base) and operators are reporting double-digit traffic growth numbers.

The reality, however, is more nuanced. Despite the positive headline growth, the African market is falling behind on 4G. The region accounts for ~5% of global mobile broadband connections, but only ~2% of 4G connections. African 4G penetration (of overall mobile subscriptions, or the population) is the lowest in the world, as is 4G network coverage of the population. Spectrum allocation has been a near-disaster, and 4G business models remain in flux.

Building on Xalam Analytics’ extensive market trackers and 4G dashboards, this report provide the most extensive analysis available on the current state of African 4G markets. It provides insights on the nature, pace and size of 4G deployments, the nature, and value of 4G spectrum used, critical obstacles to African 4G monetization and more.

The premium version of this report includes 3-month access to the Xalam 4G/Broadband dashboards, for a detailed, country-level view.

A reference report for all stakeholders and investors in African mobile broadband markets .

Credit-card purchase only (link below or Paypal invoice)

Download Table of Contents & Sample Pages
Do NOT follow this link or you will be banned from the site!