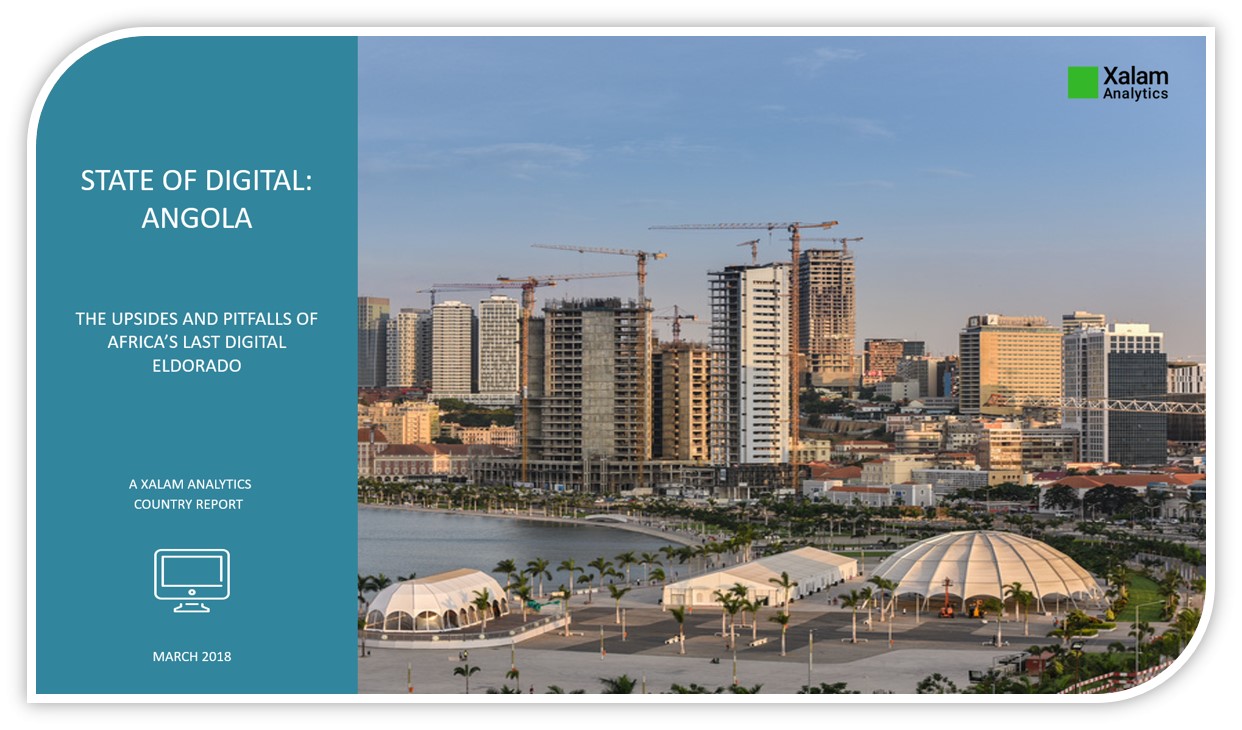 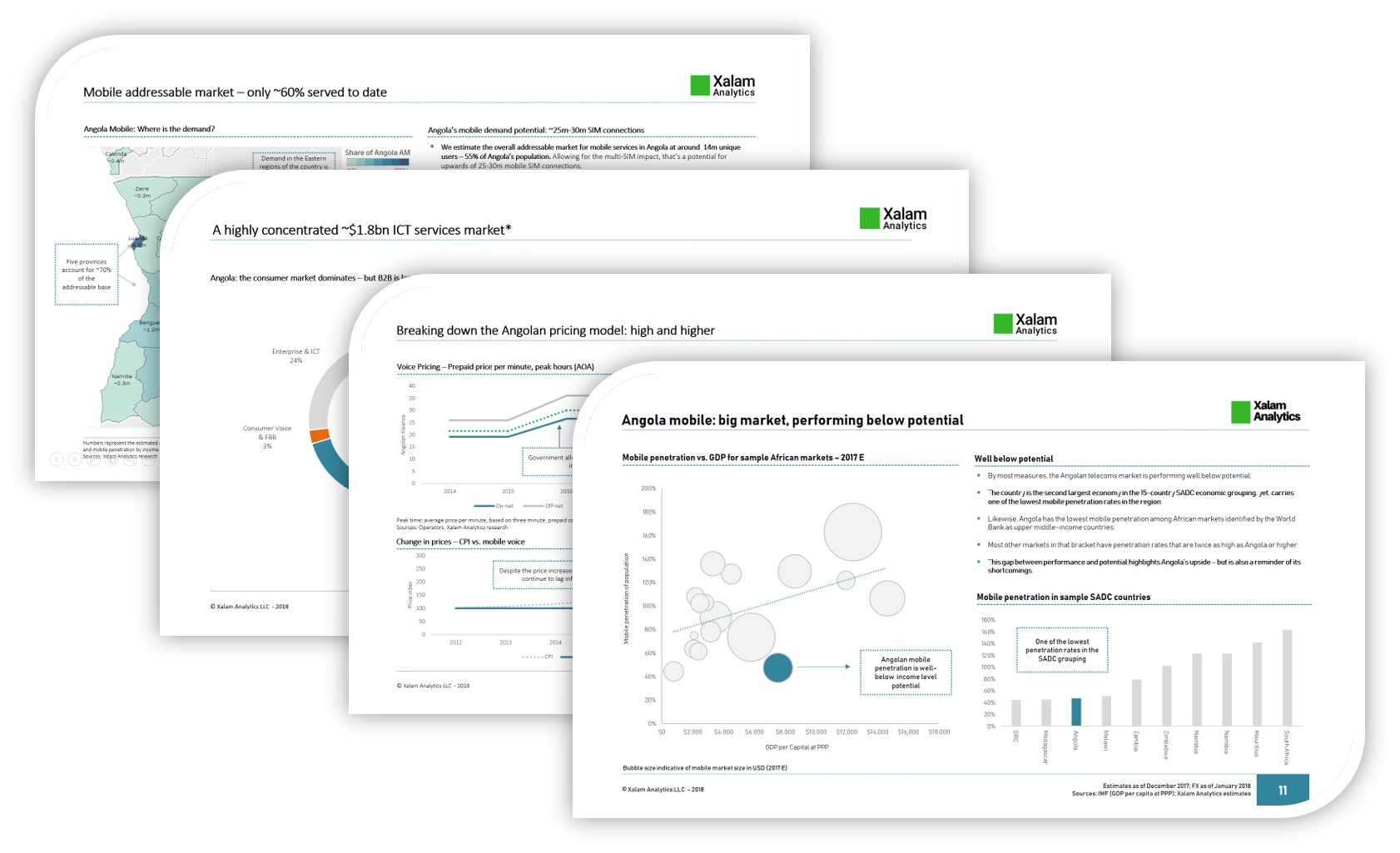 In the midst of an acute economic crisis, Angola has decided to open up its telecoms market in a bid to attract foreign capital. Our State of Digital report takes a look at telecoms and digital services opportunity in the Angolan market, sizing up the upsides and risks in the country's digital infrastructure, consumer and enterprise segments. We provide an in-depth assessment of the proposed fourth mobile licence and the privatization of Angola Telecom.

Even by African standards, Angola remains as tough a market as they come. We assess whether, ultimately, Africa’s last Eldorado isn’t merely another investor mirage.

State of Digital: Angola provides an in-depth assessment of the opportunities arising from Angola’s decision to award a fourth mobile licence and privatize state-owned Angola Telecom. We analyze the current state of key segments of the Angolan ICT market – mobile, B2B and wholesale. We assess addressable demand and competitive dynamics and lay out our projections for each segment. We make the case (or lack thereof) and outline the critical risks we see for these opportunities, from OpEx and CapEx requirements to regulatory frailty, and the crucial challenge posed by Angola’s web of interlocked stakeholder relationships.

A reference report for any would-be investor in the Angolan ICT market. All in Xalam’s identifiable no-nonsense, economics-focused style.

We say a lot of things in this report -always supported by data – including:

50 Pages of analysis and extensive data on the Angolan ICT market; demand, supply, key players, pricing and the business case for the fourth licence and Angola Telecom.
Supported by ~60 data Charts, maps & Visuals
50 Charts with underlying chart data in Excel format – (Premium Pack Only)
Key Sections of the report are below.

ANGOLA WHOLESALE: THE MAKING OF A HUB

The Xalam Angola Country Report is available in two versions adapted to your budget:

You can purchase by credit card, for immediate download in the store page of this site.