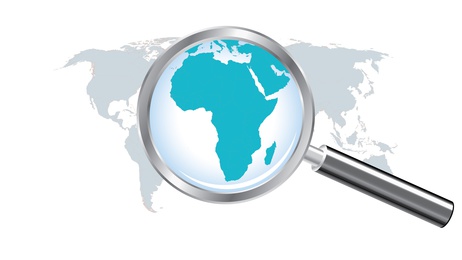 This item was first published as a contribution on connectingafrica.com.

In a widely anticipated move, US Federal Communications Commission (FCC) has proposed a repeal of net neutrality rules established during the Obama administration. In particular, the FCC seeks a reversal of the “common carrier” status applied to broadband providers, a status that has made them the object of utility-type regulation. Under the proposed rules, for example, ISPs would no longer be sanctioned for the practice of traffic prioritization – essentially discriminating some forms of traffic vs. others.

African regulators and telcos are paying attention. While African technology regulation does not mimetically follow US market practice – many still take general guidance from observation of American and European regulatory trends.

Net Neutrality with an African Flavor

Net neutrality has always been the object of a tortuous debate, with its myriad of implications around broadband network investment, connectivity prices, technology innovation, competition – and even freedom of speech. Those issues apply to the African context as well, with a distinctly local flavor.

More than 98% of African broadband connections use mobile networks – which would be most impacted by any regulation around traffic prioritization. In addition, the regulatory approach to so-called Internet Over-The-Top (OTT) players is a source of persistent tension in African markets. Policy-makers are torn between encouraging Internet players on data service access and innovation, while protecting telecoms operators (and their considerable tax and investment flows) from a siphoning of their voice and messaging revenue by those same OTTs.

Lower incomes mean that broadband data pricing issues are especially sensitive. Some countries have experienced a spate of #datamustfall campaigns, a grassroots push to force telcos to slash data prices; in others, such as Nigeria and the Democratic Republic of Congo, telcos are lobbying for data price floors as their financial position continues to deteriorate.

The African data monetization challenge is not yet settled; telcos are continuously experimenting, as they seek models that would allow them to strike that delicate balance between data service affordability and preserving investment returns.

The emergence of Africa’s tech startup ecosystem is also a factor in the assessment of net neutrality in the local context. African startups are growing fast, disrupting entire verticals and catalyzing economic growth; but they are small, lack the weight of a Netflix or Facebook – and they need unencumbered access to broadband pipes.

A fundamental change in the net neutrality framework as mooted by the FCC would have a direct impact on all the above dynamics. There are several possible implications for African markets, should US repeal of net neutrality rules materialize:

-African telcos would get some (mostly rhetorical) ammunition to lobby for similar flexibility to get the larger OTTs to pay for the traffic they generate. If Netflix and Amazon are paying telcos in the US for preferential access, the reasoning would go, why wouldn’t they do the same in Africa, where the payments are arguably more needed?

-Some telcos may see traffic prioritization as a possible pathway to addressing their data monetization quandary, while potentially keeping end-user prices competitive. In effect, end-user prices would be pushed down, but content and application providers would have to pay for preferential network access, and share the cost burden.

-Should African regulators follow suit, the threat to African technology innovation would be considerable – especially on the video and cloud side. Unlike in the US market where telcos have lost substantial market share and value to Internet players, African broadband providers are still the undisputed, dominant actors of the African tech ecosystem.

In recent years, they have made significant efforts to evolve their models and mindsets to allow for more win-win partnerships with other players of the tech ecosystem, a welcome departure from their natural inclination to control every aspect of the service value chain. A repeal of net neutrality principles would tempt some to go back to the old ways.

-There are also possible unintended consequences: while the stated aim of the FCC’s repeal is to reduce regulatory intervention, allowing some traffic discrimination in the African context may actually mean more regulatory intervention – for example, to set wholesale prices for access to wireless networks, as is often the case in the fixed broadband market. This is arguably not a desirable outcome for telcos, given regulatory adeptness at finagling some fees and fines out of even the most mundane of regulations.

What India Does Matters More

Ultimately, a repeal of net neutrality principles in the African context is unlikely, the FCC’s actions notwithstanding. In particular, there has been little indication that Europe and Asia have any interest in following on the FCC’s path – which would carry more weight with African policy-makers.

Significantly, at essentially the same time the FCC was announcing its repeal plans, India’s Telecom Regulatory Authority of India (TRAI) came out in support of strict net neutrality rules – and against any form of discrimination of telecoms networks.  The TRAI’s decision has attracted a little less attention (outside of Asia) than the FCC’s. But for Africa, it is unquestionably the most significant one.